What Is Causing the Asthma Epidemic?

In the United States, asthma cases have increased by more than 60 percent since the early 1980s, and asthma-related deaths have doubled to 5,000 a year. What is causing the asthma epidemic and what can we do to stem the tide? A recent series of articles in the Journal of the American Chiropractic Association (JACA) delves into this question and offers advice from doctors of chiropractic and allergists who have helped control asthma symptoms in many patients.

People in their 30s and older can remember that when they were young, it was very unusual for even one child in school to have asthma. Schoolchildren now often know several kids with asthma in a single class. The rapid increase in the number of young people with asthma was brought home to Dr. Scott Bautch, past president of the American Chiropractic Association's (ACA) Council on Occupational Health, when he went to a football game with his 13-year-old son: "Someone on the field had a breathing problem. It was hard to see whose son it was, and 15 parents ran to the field with inhalers."

So far, researchers don't know why cases of asthma are increasing at such an alarming rate. They hypothesize that a combination of genetics and some non-hereditary factors - such as increased environmental exposure to potential allergens - play a role. "Thirty years ago, Windex was the only cleaning solvent used by a few people. Now, we have a special cleaning solvent for every object," says Dr. Bautch. "In addition, furniture and carpets are produced with formaldehyde as a preservative, and people breathe it," he says.

Decreased air quality is coupled with the allergy-friendly modern house design, says Dr. William E. Walsh, MD, FACC, an allergist practicing in Minnesota: "Fifty years ago we lived in old, drafty houses, and the breeze dried and freshened the air, and cleared out mold and other allergens. Nowadays, our super-insulated houses don't breathe adequately. Making basements into a living space increases mold exposure because mold grows in any basement."

Food has become another source of exposure to allergens. "Food manufacturers put more preservatives in foods now to store them longer," says Dr. Bautch. Researchers hypothesize that an increase in vaccinations, cesarean births, and antibiotic intake may be playing a role, too.

Asthma is a chronic disease; it can't be cured-only controlled. For best treatment results, both the primary care physician and an asthma specialist, such as an allergist or pulmonologist, should be involved. According to experts interviewed for the article, the treatment program, in addition to medication intake, should include reducing exposure to the substances that induce acute episodes and identifying specific allergens that affect the patient.

Allergens aren't the only culprit. Stress factors-such as moving to a new home, or changing jobs-may induce or aggravate asthma attacks. Even emotional expressions such as fear, anger, frustration, hard crying, or laughing can cause an attack as well. To reduce the patient's stress level and improve the patient's quality of life, alternative treatments should be incorporated into the treatment program. Chiropractic manipulation can be helpful.

A multi-site clinical trial on chiropractic management of asthma is underway in Australia. "The preliminary data are very encouraging. Chiropractic patients are showing decreases in physical asthma symptoms and cortisol levels," says Dr. Anthony Rosner, director of education and research for the Foundation of Chiropractic Education and Research.

"Doctors of chiropractic can give a full-scale evaluation to asthma patients; assess their physical and neurological status, their lifestyle, diet, and stressors; and help the patients increase motor coordination, and improve the work of respiratory and gut muscles to increase the quality of life," says Dr. Gail Henry, a chiropractic neurologist, who practices in Houston, Texas. "Doctors of chiropractic can be a great addition to the healthcare team treating the asthma patient." 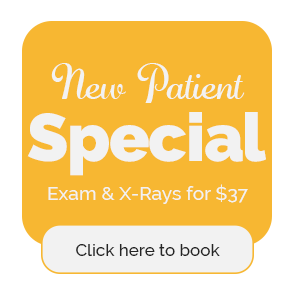